Cosmic Balance - The Secret of Polarity

A symbol that dominates all creation.

The symbol of the Libra is universal and used, among other things, to represent justice. But above all, it is a powerful subject for meditation and reflection, for it is by balancing this Libra within us that we will achieve a greater understanding of ourselves, of life and of the whole of creation: harmonizing the positive and the negative, the masculine and the feminine, rigor and mercy, attraction and repulsion, water and fire? 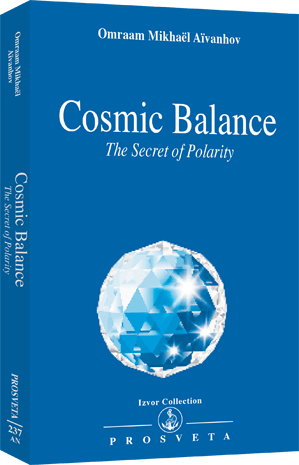 'On September 23rd, the Sun enters the sign of Libra (Scales or Balance), and this is the autumn equinox. After the ascending phase, from Aries to Virgo, comes the descending phase, from Libra to Pisces. Libra is the seventh sign on the zodiacal belt. Why, you may wonder, are there scales in the heavens, and what do these scales teach us? This is the only sign of the zodiac that does not represent a living being, human or animal. It is an inanimate object, and not just any object, but an instrument for weighing things. It is as though its two pans were there to maintain the balance between the powers of darkness and light, of life and death. Libra, the Scales of the zodiac, is a reflection of the cosmic scales, the equilibrium between the two opposite and complementary principles, thanks to which the universe came into being and continues to exist. The symbol of the scales, which we find also in the sephirotic Tree of Life, dominates the whole of creation.'


1 - Cosmic Balance and the Number Two
2 - Oscillation of the Scales
3 - One and Zero
4 - The Role of The Masculine and The Feminine
I - Adam and Eve: Spirit and Matter
II - Adam and Eve: Wisdom and Love
III - The Mental and Astral Planes
IV - Man and Woman
5 - God Transcends Good and Evil
6 - The White Head and the Black Head
7 - Alternation and Antagonism - The Law of Opposites
8 - ‘To Work the Miracles of One Thing’ - The Figure of Eight and the Cross
9 - The Caduceus of Hermes - The Astral Serpent
10 - Iona, Principle of Life - Horeb, Principle of Death
11 - The Triad Kether-Chesed-Geburah
I - Sceptre and Orb
II - Mind and Heart
III - A Straight Line and a Curved Line
12 - The Law of Exchange
13 - The Key and the Lock
14 - The Work of the Spirit on Matter - The Holy Grail
15 - Union of the Ego with the Physical Body
16 - The Sacrament of the Eucharist
17 - The Androgynes of Myth
18 - Union with the Universal Soul and the Cosmic Spirit
>