Become aware of our psyche.

As in geography, this book presents a complete cartography of the psychic organism in order to become aware of the different bodies of which we are made, from the thickest to the most subtle. 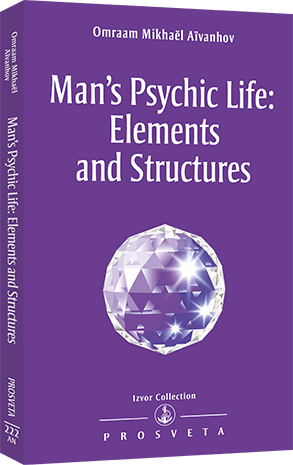 'In order to give a clear idea of human anatomy one is obliged to have recourse to a series of different plates each of which illustrates one of the systems of the human body: the skeleton, the muscular system, the circulatory system, the nervous system, etc. Similarly, when an Initiate wants to study one or other aspect of man's psychic structure, he applies the same method as an anatomist: he uses different diagrams or outlines according to which aspect he is studying.'


1 - Know Thyself
2 - The Synoptic Table
3 - Several Souls and Several Bodies
4 - Heart, Mind, Soul and Spirit
5 - The Apprenticeship of the Will
6 - Body, Soul and Spirit
7 - Outer Knowledge and Inner Knowledge
8 - From Intellect to Intelligence
9 - True Illumination
10 - The Causal Body
11 - Consciousness
12 - The Subconscious
13 - The Higher Self
>